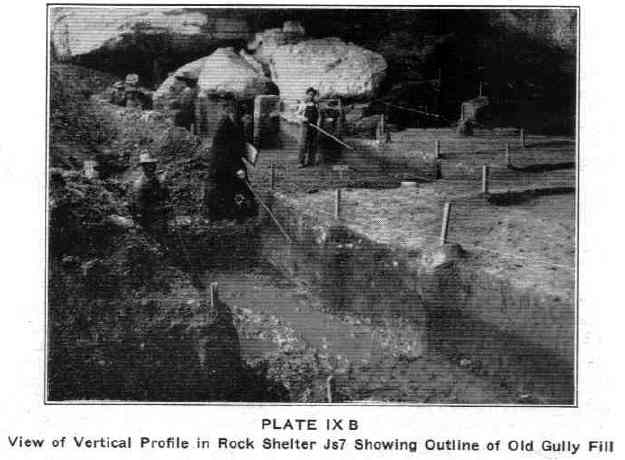 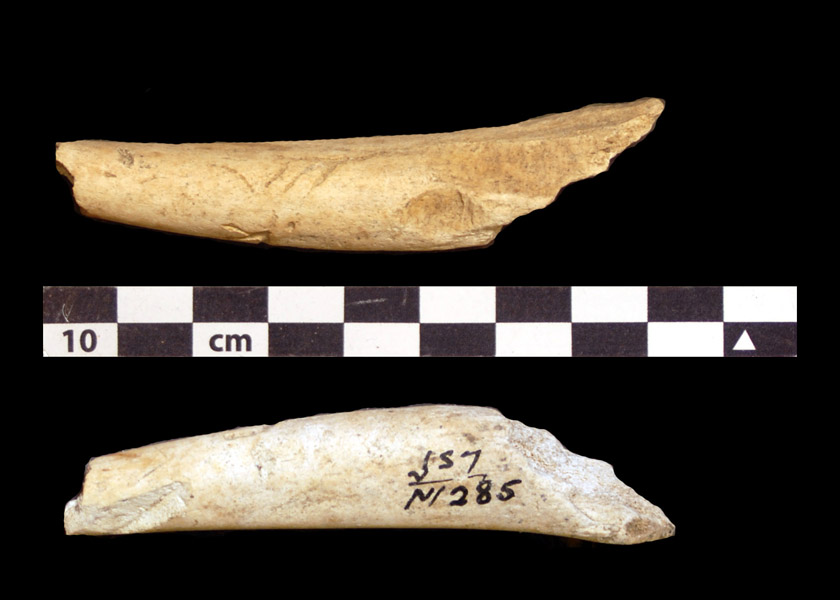 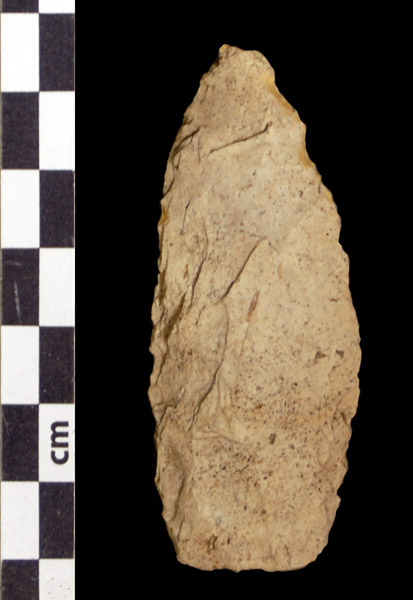 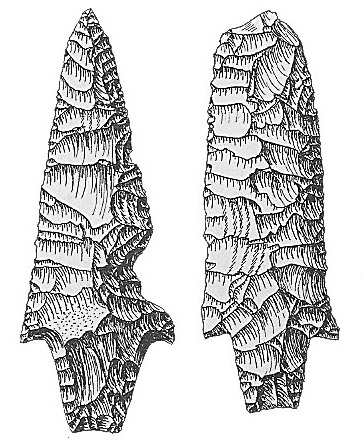 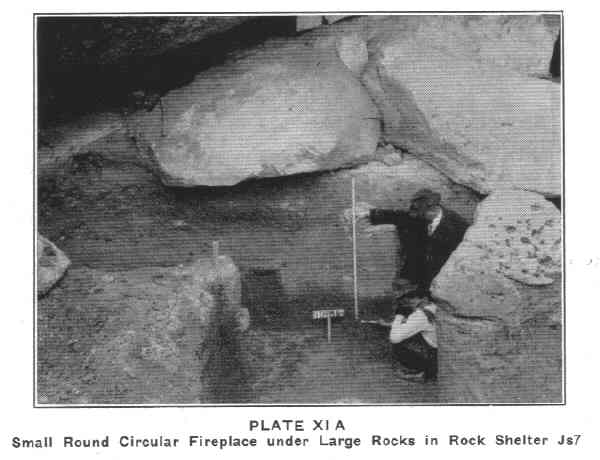 Deeply buried hearth that Adams described as having neither associated animal bones or artifacts. Adams reported that the site included a carved stone image (petroglyph) of a thunderbird on a boulder that had fallen from the ceiling of the rockshelter. 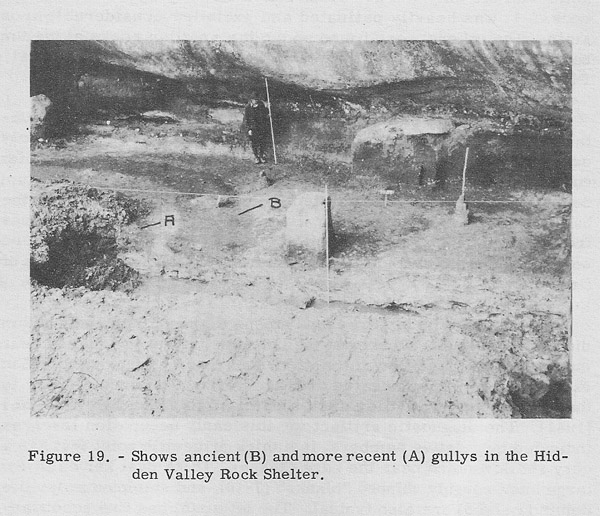 Photograph of the two gullys in the Hidden Valley Rockshelter (Adams 1949:Figure 19).

Photograph and top plan of the rockshelter published by Adams (1949:Figure 22).

Disarticulated burial in Hidden Valley Rockshleter. Adams (1949:63) noted that the burial was associated with grit tempered pottery (Woodland Period) at a depth of 75 cm below the surface. "The bones were in a very poor state of preservation - the skull, mandible, most of the ribs, vertebrae, tarsals, carpals and phlanges were missing." 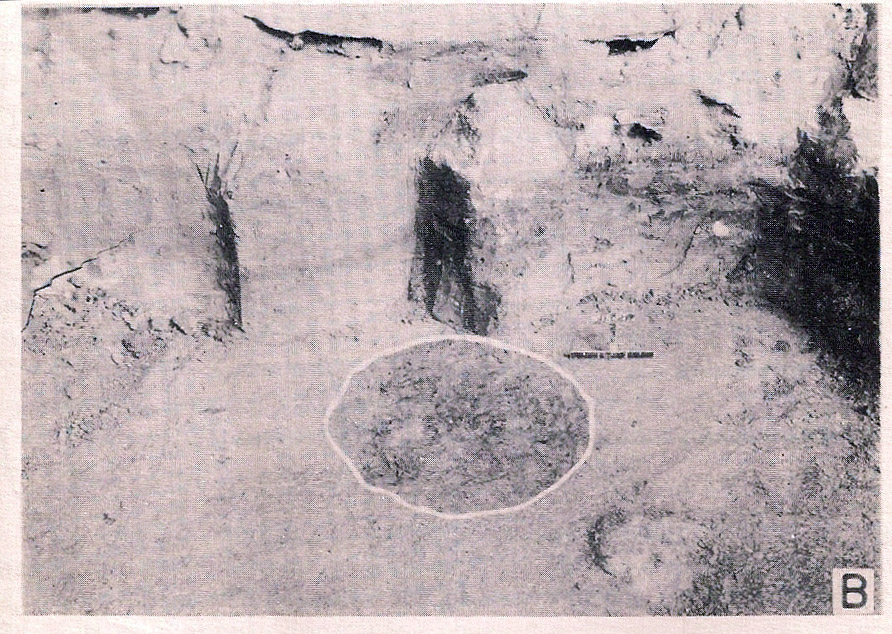 
Thanks to John Strubberg for scanning images from Adams' report as his Honor's project in ANT 101 at St. Louis Community College. Special thanks to Professors David Browman and John Kelley for permission to study the Hidden Valley artifacts stored in the Anthropology Department at Washington University in St. Louis. Neathery Fuller measured and weighed all of the artifacts illustrated with color digital photographs.