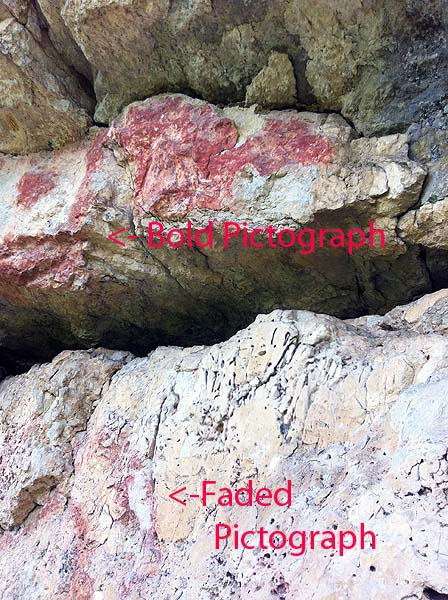 Pictograph panel painted in red in red ochre; these are large - the bull's eye pictograph is approximately 60 cm. in diameter. 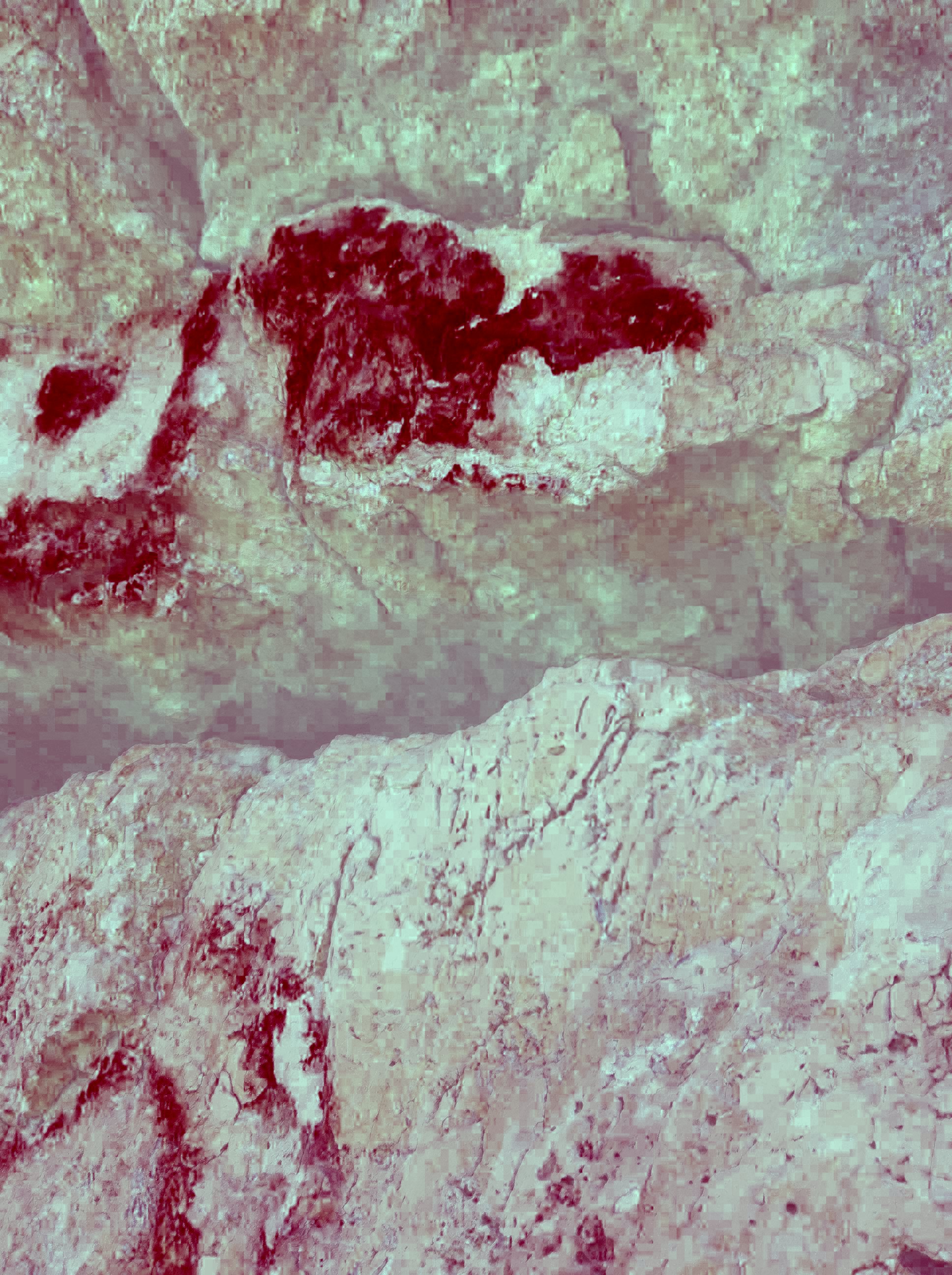 DStretch image using the YRE enhancement. The DStretch plugin to the ImageJ program was written by Jon Harman for rock art researchers who wish to enhance images of pictographs. 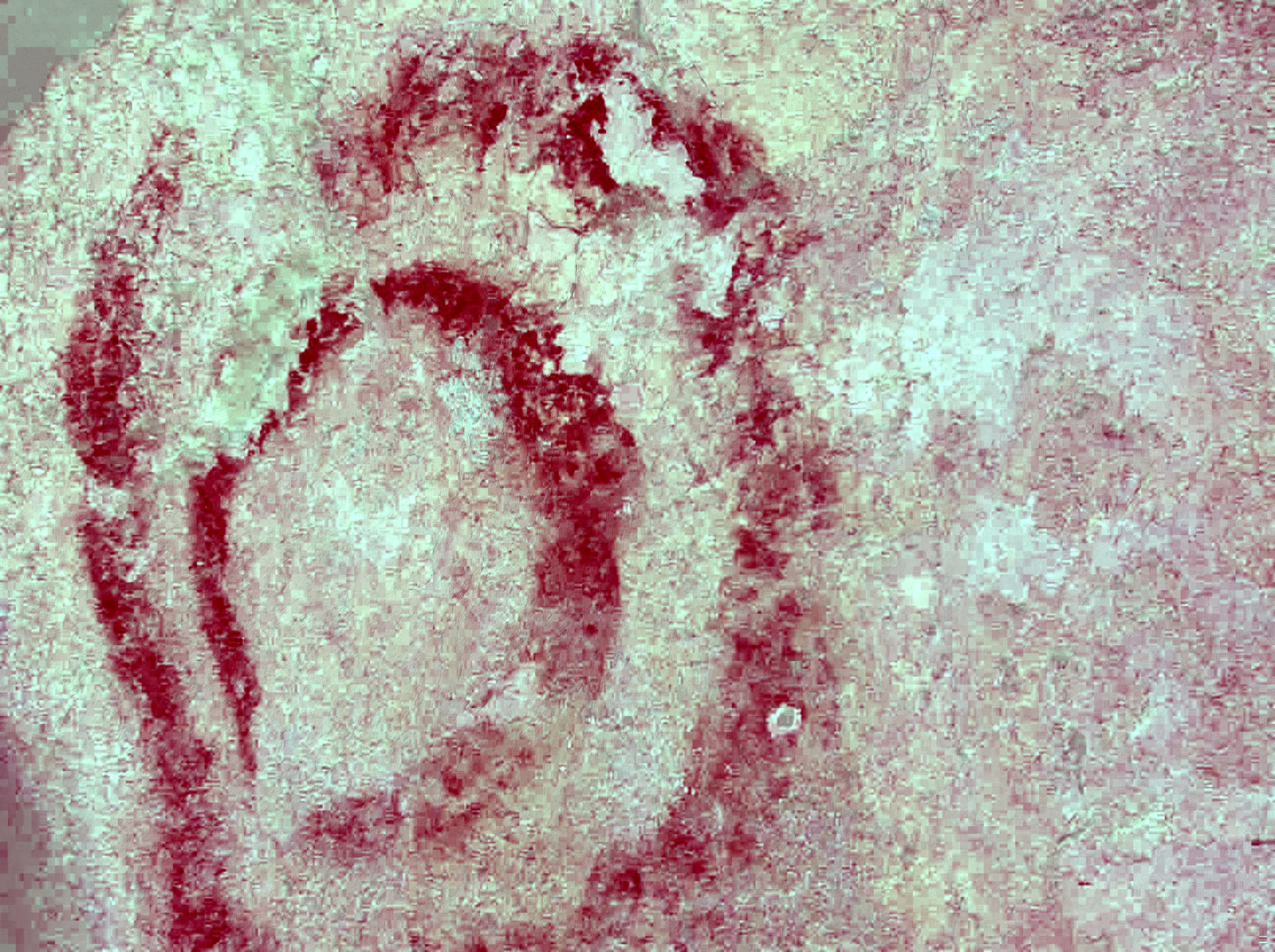 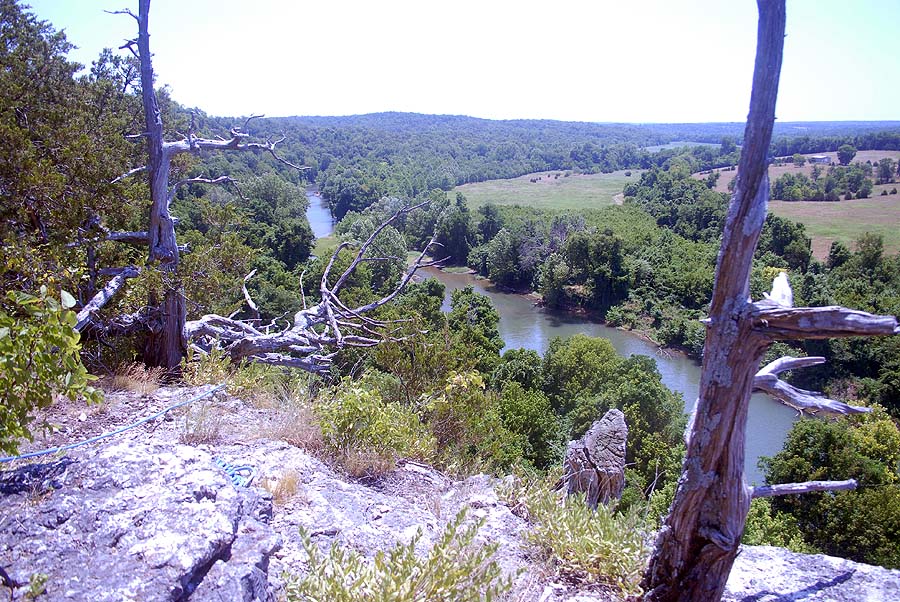 View from the Indian Rock pictograph site. The red ochre paintings are 7 meters below the rim of the cliff. See our climbing rope in the left hand corner of the photograph! All of the pictograph images were taken by Michael Cloney. 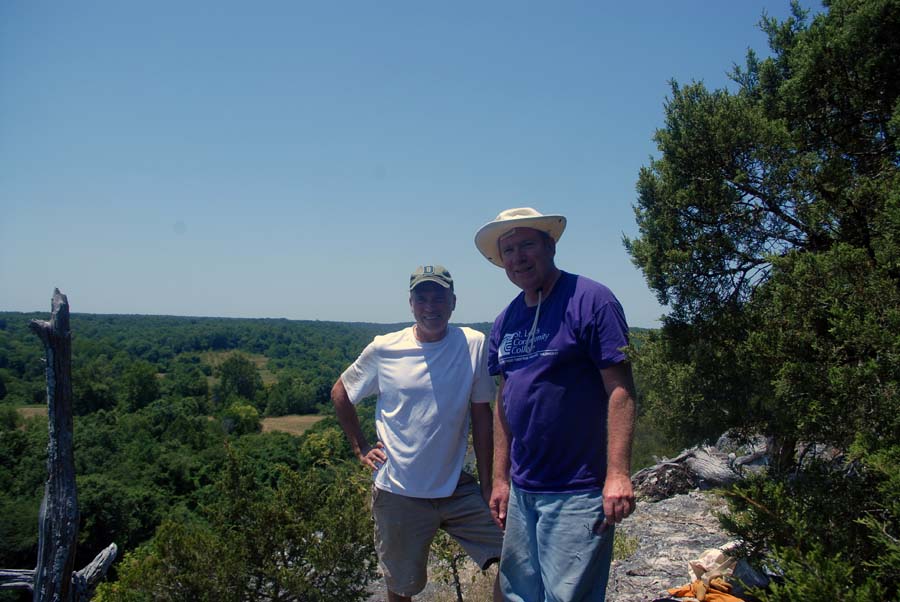 Michael McCloney and Michael Fuller at the Indian Rock site.

Diaz-Granados, Carol
1993 The Petroglyphs and Pictographs of Missouri. Dissertation presented to the Department of Anthropology at Washington University in St. Louis.

Diaz-Granados, Carol and James R. Duncan
2000 The Petroglyphs and Pictographs of Missouri.University of Alabama Press, Tuscaloosa.