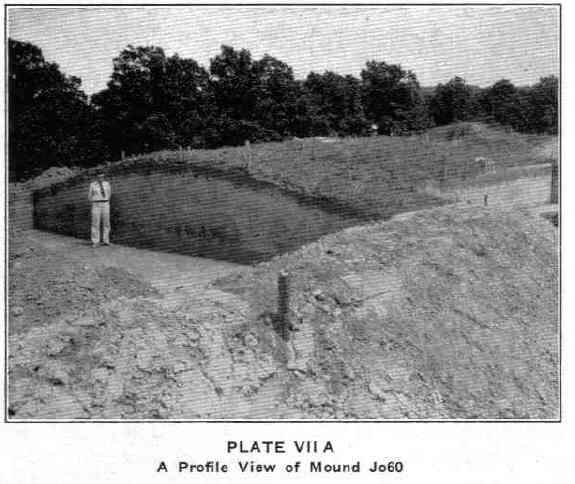 Robert McCormick Adams excavated at the Jenni Mound that measured 37 meters by 16 meters. The cultural deposits measured 1.6 meters thick. The few pottery sherds included a duck's bill effigy from the flange of a bowl. Black slip and red slip sherds belonging to water bottles were reported by Adams. 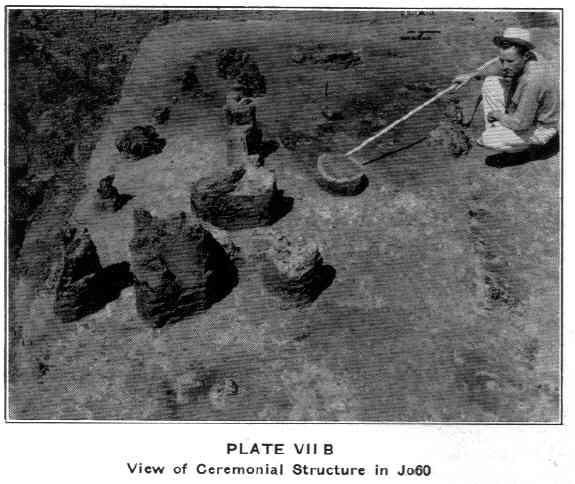 Adams discsovered the ruins of a rectangular shaped burnt house just west of the center of the axis of the mound. Traces of charred vertical posts forming the wall of the structure were documented, as well as a small round clay lined fireplace (indicated by a folding ruler) near the center of the structure. The wall posts measured 10 to 15 cm in diameter. The bottom of the posts were not pointed or wedge shaped - they were slighly rounded.