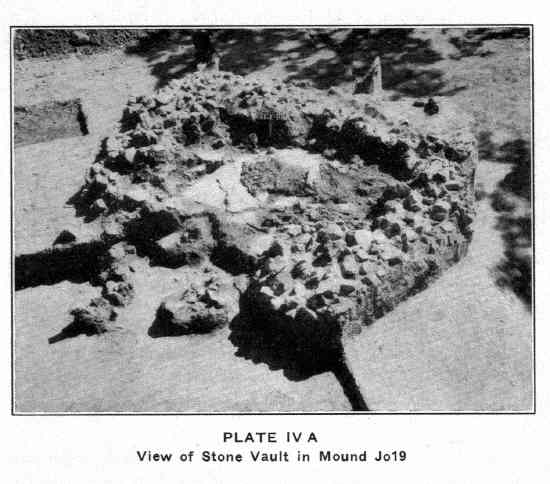 Robert McCormick Adams excavated at the Schock Mound on behalf of the Works Projects Administration. The mound was situated on a prominent hilltop called Buck Knob and had been badly damaged by looters. A rectangular stone vault, composed of limestone slabs, was discovered southeast of the center of the mound. Four bundle burials of adult bones were found inside the platform. Charred posts were discovered along the upper inside edge of the vault. A few sherds of shell tempered pottery were discovered in the mound fill. One sherd was red slipped while the remainder were plain. Local informants told Adams that a red slipped, tetrapod (four footed) pottery vessel had been discovered when the looters dug into the north half of the mound