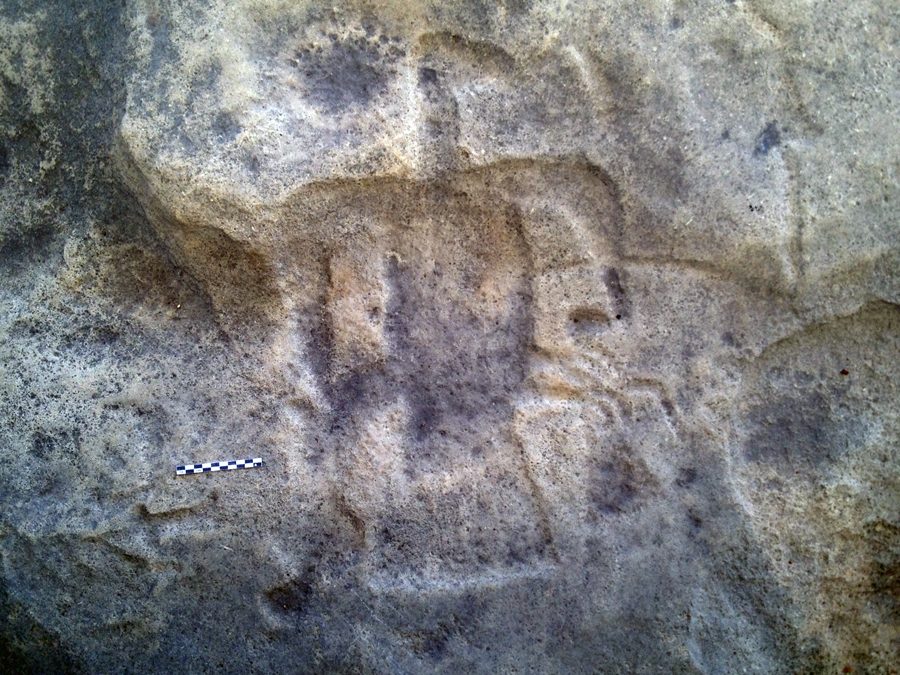 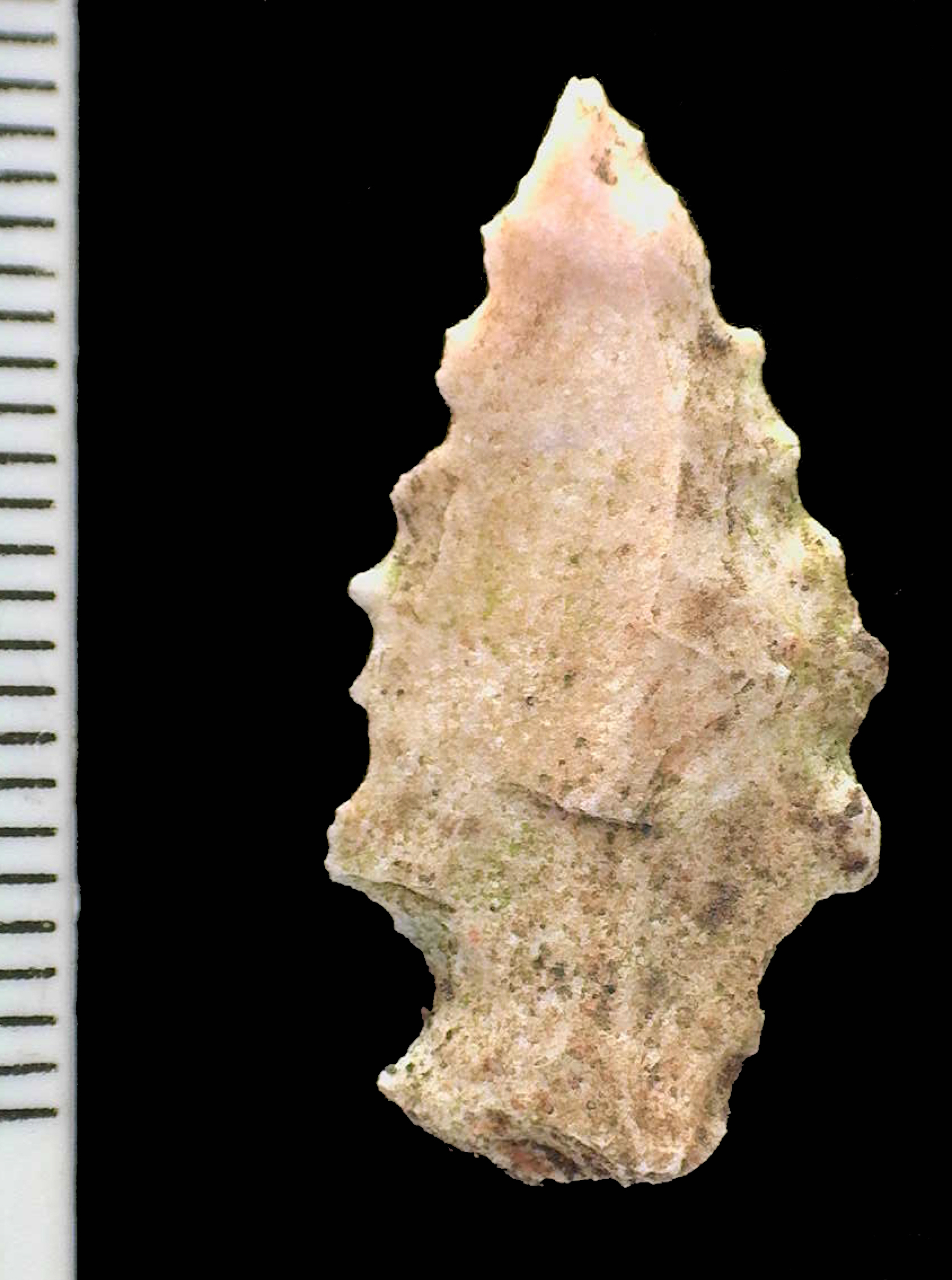 Plan of the Site A petroglyphs, showing the West - East boardwalk as a horizontal dark band. This plan is based on the research by Robert Elgin during 1959. Carol Diaz-Granados (1993) proposed 12 discrete petroglyph clusters based upon her research at the site.

Carl and Eleanor Chapman (1964:87) proposed that the petroglyphs at Washington State Park were carved in response to game trails and war trails. That is an interesting interpretation that can be easily evaluated. Game hunting does not appear as a motif in ANY of the Big Five petroglyph sites along the Big River.

Warfare is clearly a motif at the Maddin Creek Site, but not at the other four sites of the Big Five. "Most" of the Big Five sites share motifs of snakes and fertility, but the exception is Washington Park B. Maybe the best analogy is to a modern tatoo (skin) artist and five clients. Several shared motifs, but no person wants to be the duplicate of the others. Another perspective in that the Spirit Beings sacred to the five sites were not always found at each and every site.

Visiting the site during different months and in different weather conditions has been an interesting experiment. The most awesome experience was to be at the site during the total solar eclipse (Osage, mie phi'n'-ge) on 21 August 2017. 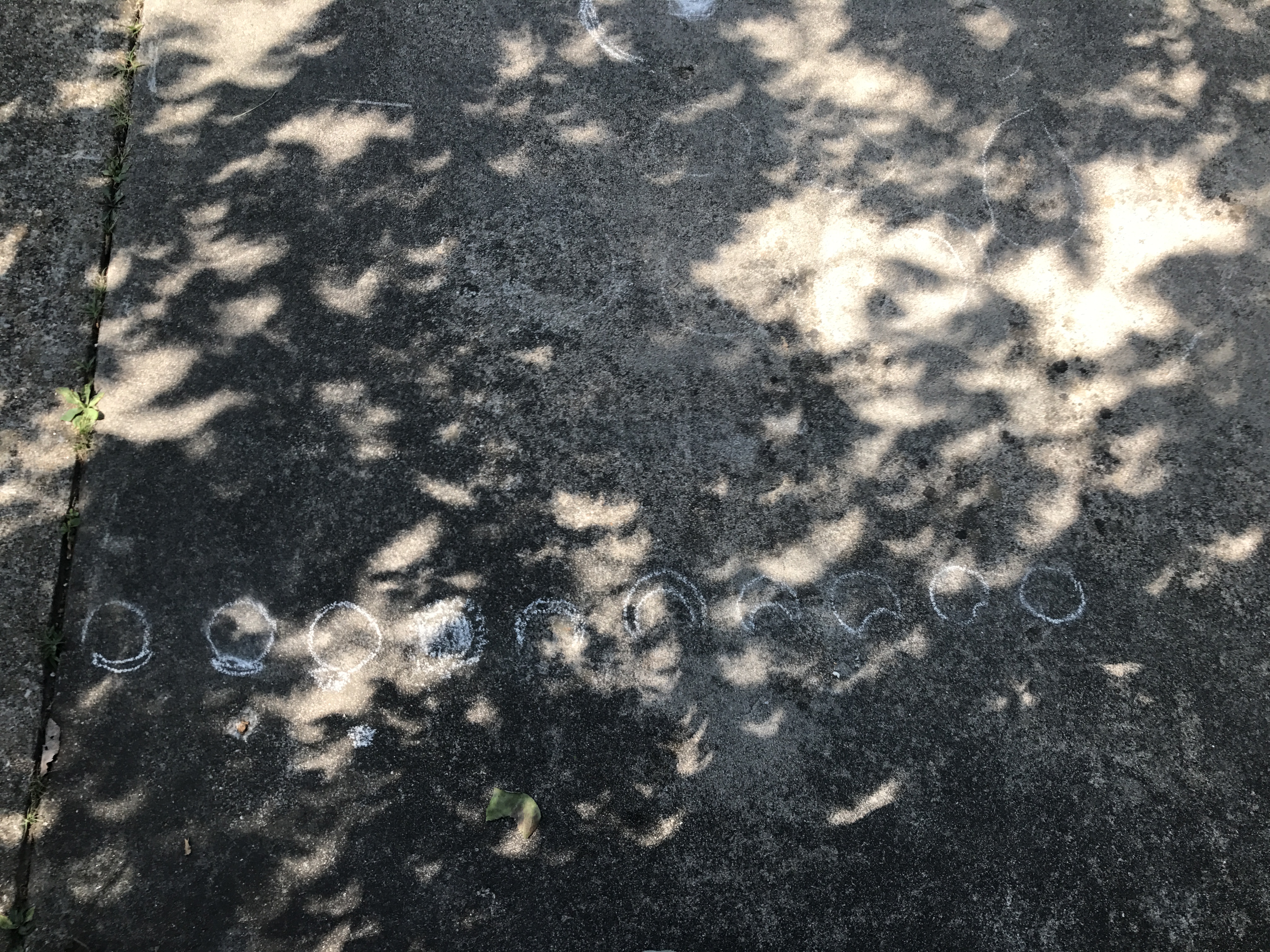 Dozens of eclipse crescents on the concrete next to the Washington State Park Petroglyphs at 23WA1.

The site was particularly "beautiful" when the thin soil between the petroglyph panels were full of columbine (Osage, mon-bi-xon ca-be) and horsemint (Osage, ni-dsi-da) in full bloom on 18 May 2020. 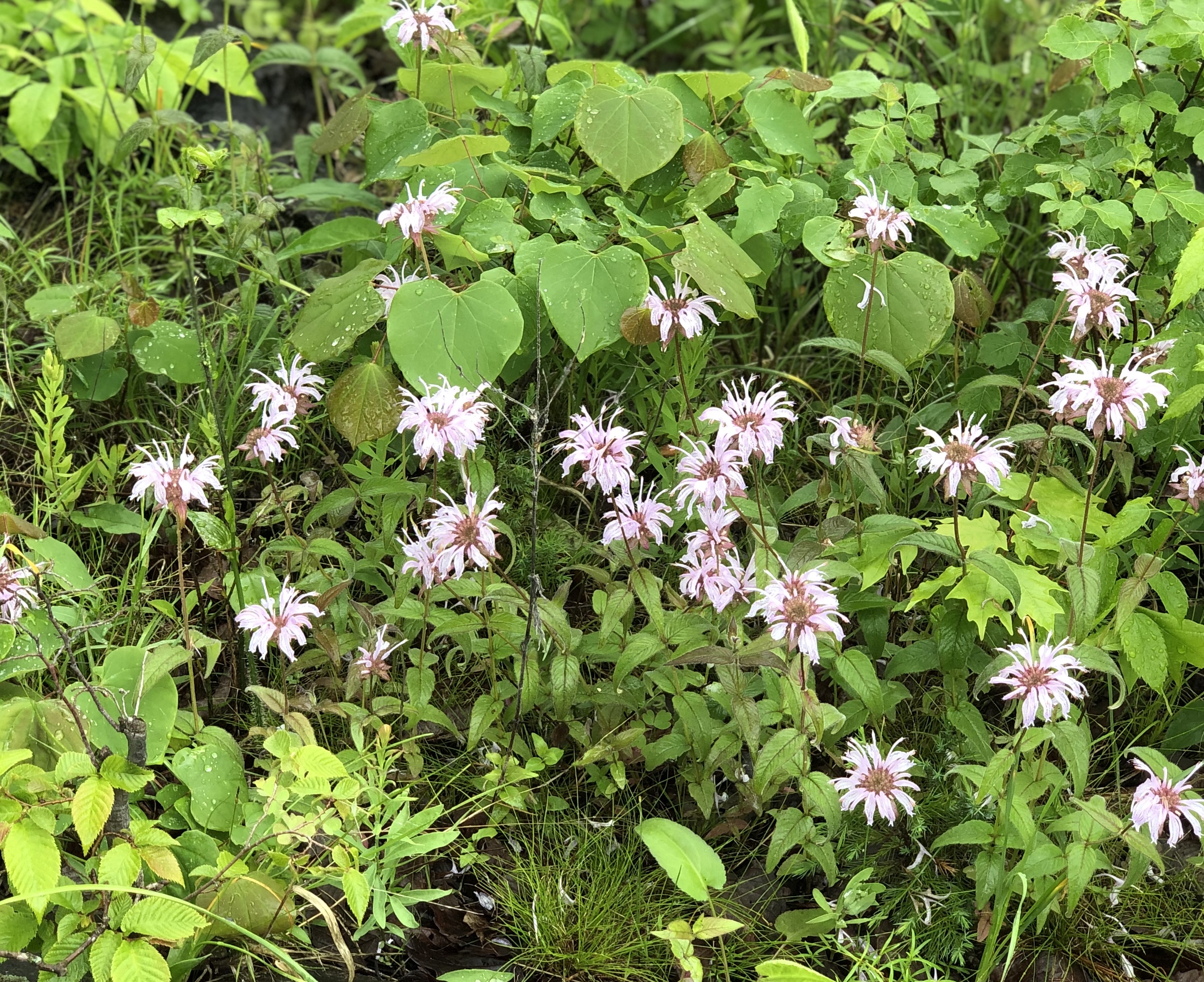 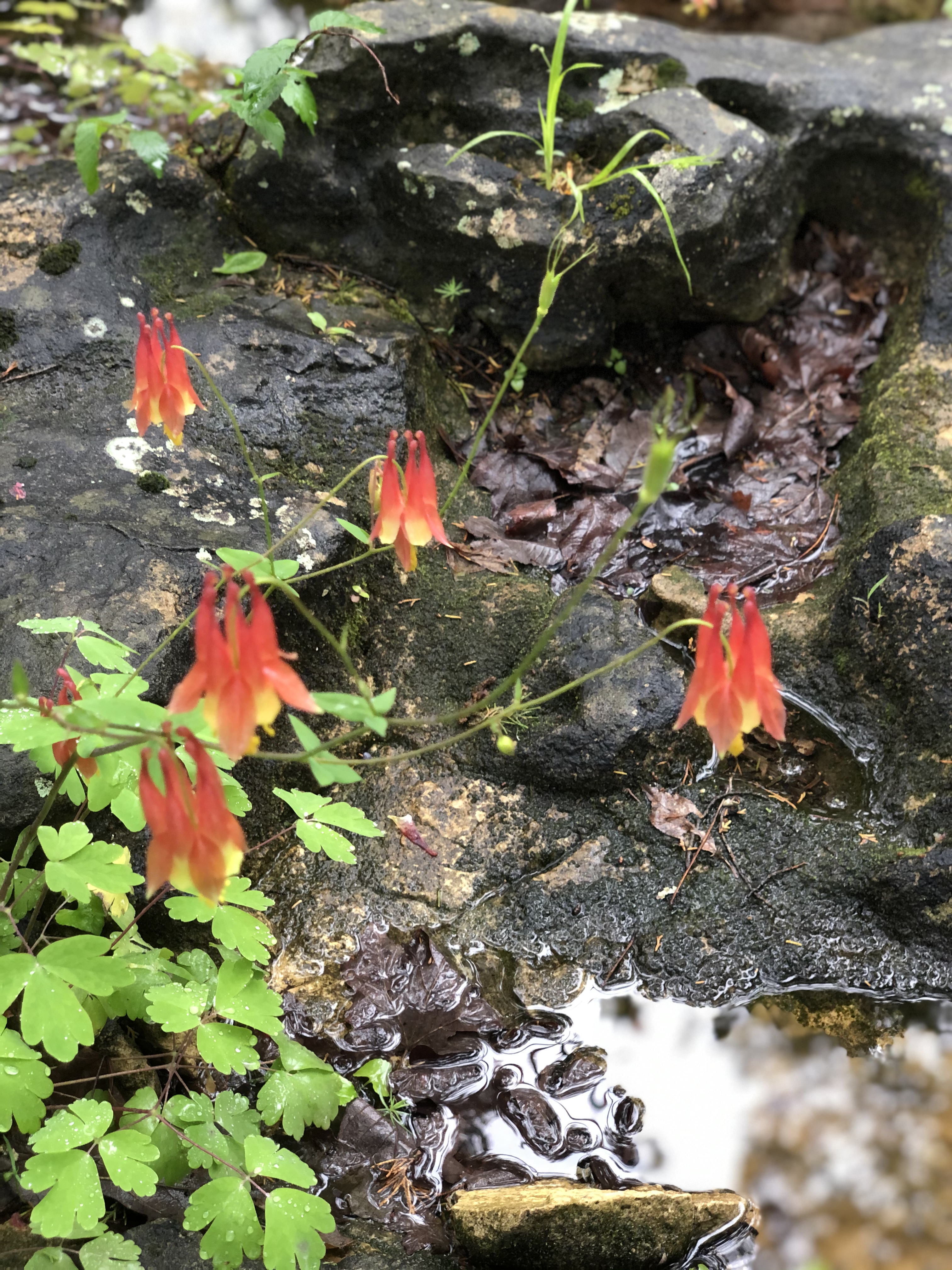 Wyatt, Ronald
n.d. A Study of Three Petroglyph Sites along the Big River in the Eastern Ozark Highland of Missouri. Unpublished manuscript, Museum of Anthropology at the University of Missouri, Columbia.