A pictograph site in Franklin County was photographed by Robert Elgin (member of the Missouri Archaeological Society) during the late 1950s. The site was recorded with the Archaeological Survey of Missouri during 1960 by Dale Henning and Cahill. This site is very isolated and located on private land; it is not open to the public. 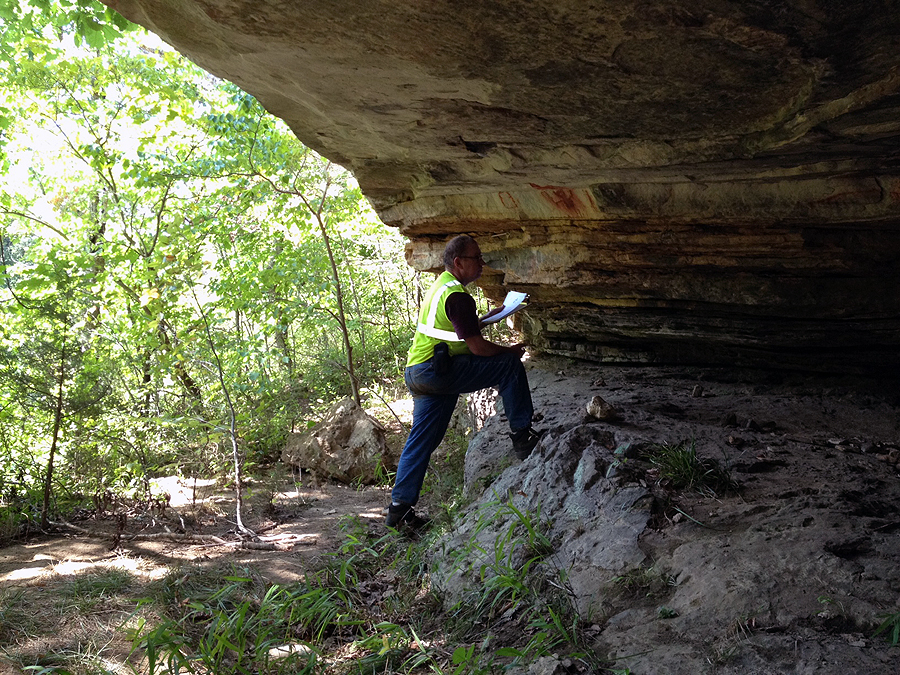 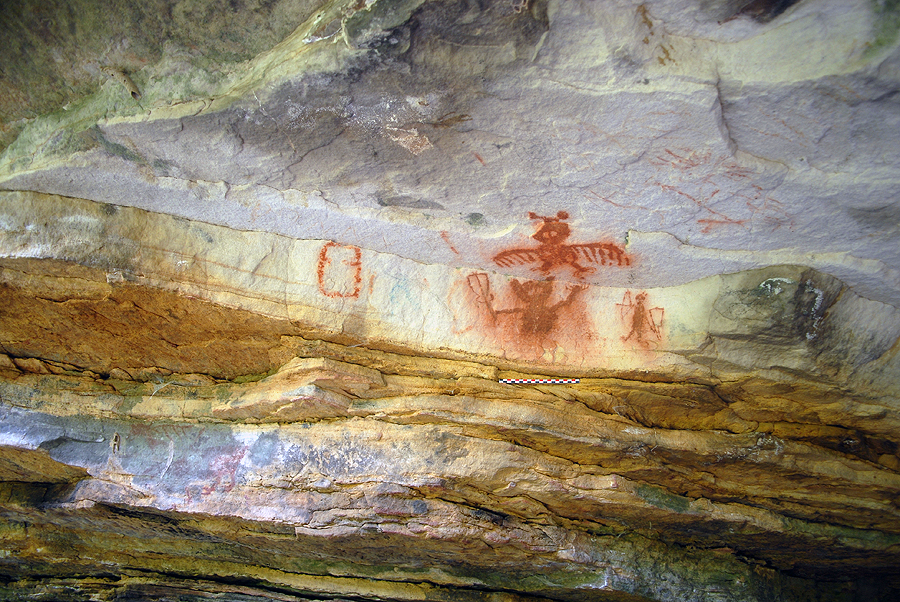 Pictograph images of two great horned owls are the most striking iconographic images at the site. A pictograph of an owl is situated on a vertical ledge below and to the left of the owls. Scale is 20 cm. 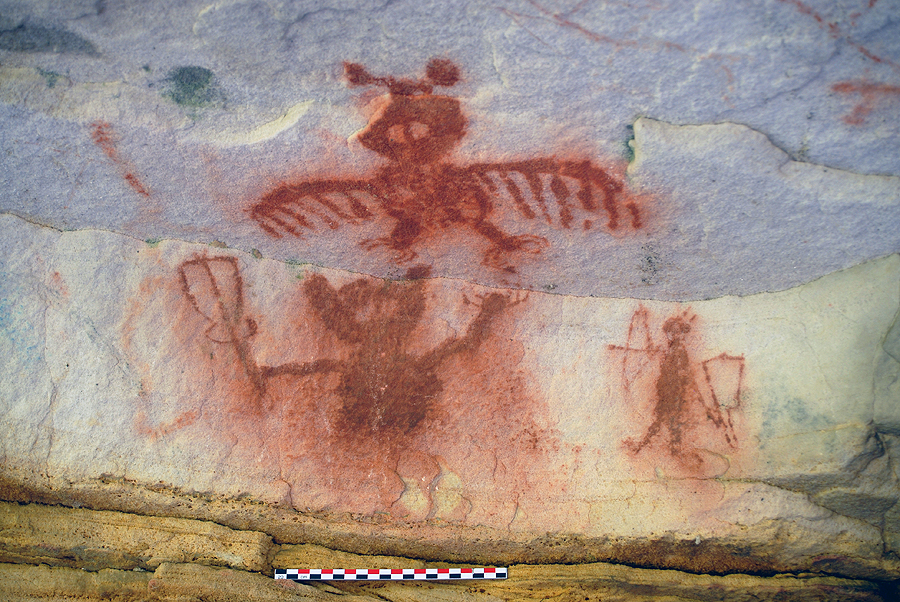 Closeup of the owls and associated warrior pictograph. 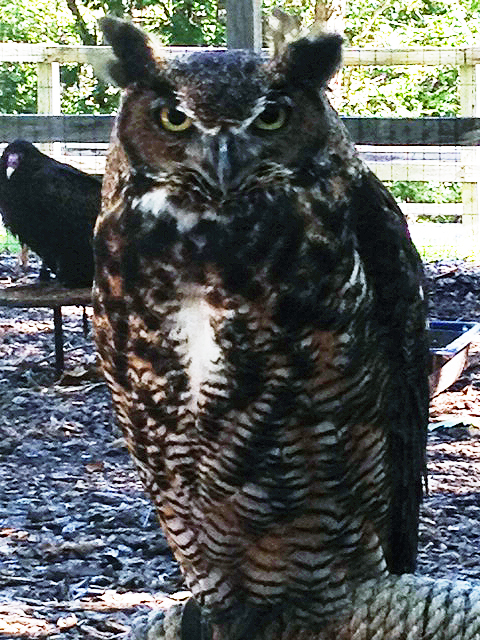 Photograph of Jake, a 12 year old great horned owl, in the World Bird Sanctuary in St. Louis County, MO. It is possible that Willenberg shelter was a roosting place for great horned owls when the pictographs were painted. Great horned owl feathers have significant religious significance to the Osage Indian tribe. 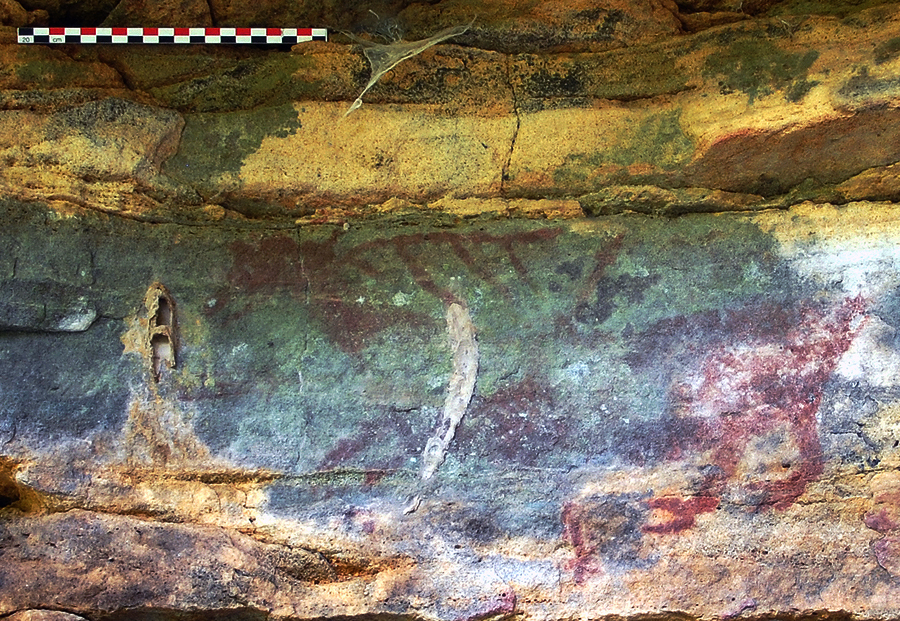 Image of an elk pierced by two arrows (on from the belly that emerges from its back and the other at the base of its neck). Contrast is exaggerated; 20 cm. scale.

Cluster of pictographs that are interpreted as symbolic of the AD 1054 supernova. This interpretation was proposed by Dr. Carol Diaz-Granados and Jim Duncan. Scale is 50 centimeters. 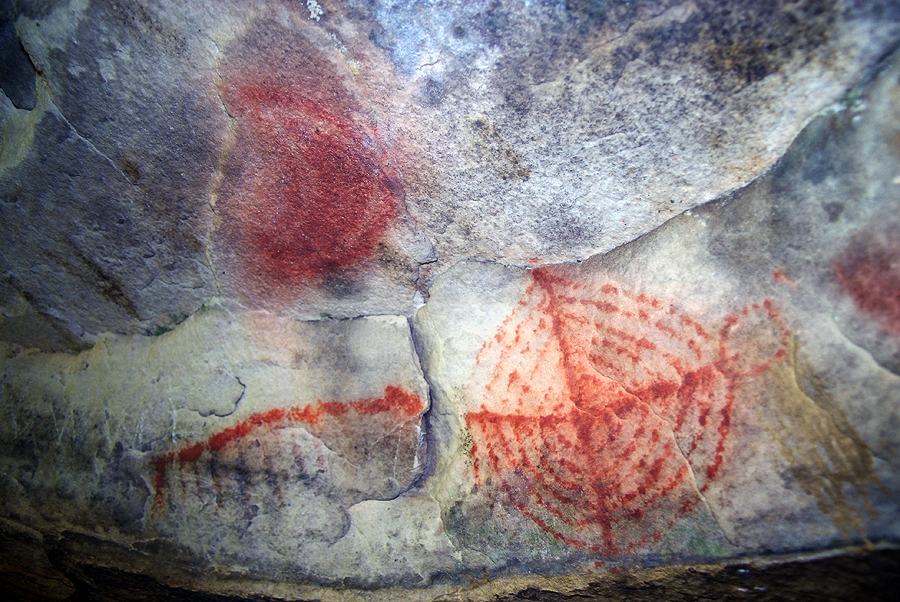 I interpret the design as a design beneath the crescent moon pictograph as a ceremonial staff (with feathers hanging down) that terminates in a cross with spiral design. If this is true, then the cross-and-spiral design symbolically functioned as a Tsikuri (Huichol, symbol of power to see and understand unknown things" Wilbert (1976:96)).